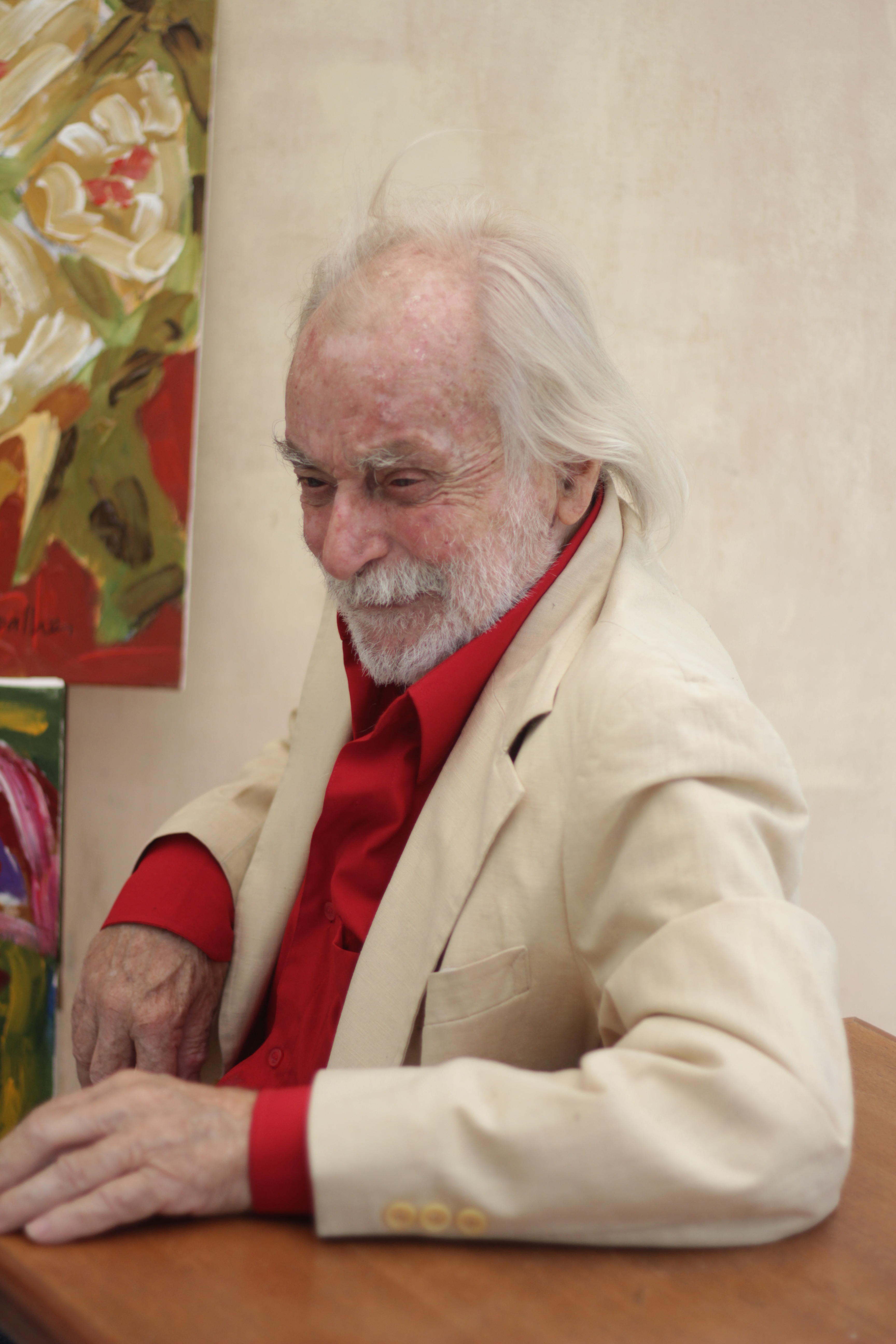 "It is necessary to move with the paints and through the brushes to create forms that transmit my emotions...."

"Painting is my life and my life is painting. It is she that inspires me and makes me want to always arrive at a better moment. It is everything that I have. Currently I am an expressionist, but I started as a naif [folk] artist, using a very particular geometric style. I was always a self-taught person.

"I started to paint 39 years ago. I wanted to give a gift to my mother and, as she already had everything that she needed, I decided to make a picture. From that idea I painted a jar of flowers and a favela. It was when visiting an art course that I had my talent recognized for the first time. I left pictures hidden in a corner, because I was ashamed to show them. One man found them and asked who had painted them, explaining that he was already collecting them. He said that I had much talent, and I came to know later that he was the director of the course.

"I believe that I also acquired a talent for the arts during the 20 years when I worked with a theater. Ever since I was a child, I thought about becoming an actor. It was very difficult, but even so I did not give up. I started when I was 18 years old. I wrote two plays, I acted, I directed, and I made Brazilian fotonovelas [stories told in the form of photos accompanied by text]. I also had a play staged in the National Theater of Comedy and made the costumes and the scenery. But I never fully fit in with the world of theater. I also worked in radio and TV. I then became an entrepreneur when I started a refrigeration firm. With this endeavor I only annoyed myself and I decided it was a waste of time. At this time, I asked for God to show me a path on which I could depend. Painting returned my life to me, before I became desperate.

"I like to start to create in the morning; that is when I am rested. Not that I know what I am going to paint, nor the colors that I am going to use – I allow it to come from inside. Each painting has its own flavor and it must be felt. It is a dialogue between the canvas, the paint, and me. I like to leave some empty spaces on the canvas, as if it was saying: 'I am here.' And this gives luminosity to the painting.

"When I am painting I do not feel my feet on the ground. I am flying, far from everyone and everything. The anxiety to create puts me in space, reaching to pick up the emotions as they appear to me. It is necessary to move with the paints and through the brushes to create forms that transmit my emotions, but the results are not always satisfactory. This is the hour to swear, scream out, to cry, or to simply relax and wait for a new moment. It is necessary to be humble and to know how to recognize your errors. Without this ability painting is impossible.

"I am glad to be able to show my workmanship to the world with greater ease now. Having my work on Novica is an excellent opportunity."