Welcome to Novica's gallery of turquoise chandelier earrings. We hope you enjoy exploring our unique collection of turquoise earrings below: 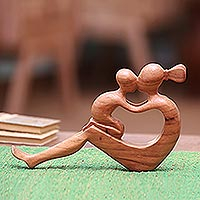 "Nature inspires most of my designs. I love the simplicity and colors of nature, whether seen in flowers, leaves, butterflies, birds and the sky at different times."

"My name is Sareeyakarn but my friends call me Fai.

"I was born and raised in Lampang, where my father was a farmer and my mom made clothes. I liked to go to the rice fields with my father. I loved its atmosphere and the beauty of nature. There were all kinds of colors and patterns in... read more

The turquoise gem has been a highly prized possession around the world as early as 5500 BC. The word turquoise is derived from a French word meaning ‘Turkish.’ It was believed that turquoise was brought to Europe from the Turks from the ancient Khorasan in Persia. In Egypt, turquoise jewelry was found as far back as its first dynasty, on the body of Queen Zar. Ancient civilizations in North and South America mined turquoise beginning in 1000 AD. The gem was accredited to having mystical healing power, was used as an important trade and barter item, and turquoise necklaces were draped on the bodies of those worthy of its beauty and power. The Tibetans and North American Indians used turquoise in ceremonies to augment loyalty, wisdom, safety, and friendship. Thanks to NOVICA’s artisans this historic gem has been brought to you through the exceptional Turquoise Chandelier Earring collection. Chandelier earrings are a prominent style today, and combined with the invaluable gem of ancient civilizations, these earrings are a must have possession. Once the turquoise chandelier earrings are yours, they can be worn and shown off throughout life, just like Tibetan tradition.